Wow, what a day! It is now 10pm on what has proved to be an exhaustingly amazing day at the first ever Picademy.

A few weeks ago I was lucky enough to be invited to Picademy as someone who has used a Pi in a classroom setting, particularly in a primary setting. I was told that I did not need to prepare anything but just come along and share what I’ve been doing – fabulous! I have to admit as the day got closer I was a little nervous, I didn’t feel like I knew enough about what I was doing to be any use to anyone else. I was reassured, however, that it wasn’t what I had/hadn’t done that was important but instead sharing the experience of the things I’d tried and the impact they’d had.

Finally, this morning, the day came. I was up nice and early in the beautiful Cambridge sunshine on my way to Pi Towers. I hoped to see a raspberry-shaped, ceremonious flag atop the office block, however, this was not the case. Entering the ‘classroom’ spaces I was excited to see my very own labelled table and a ‘SWAG bag’ very cool! 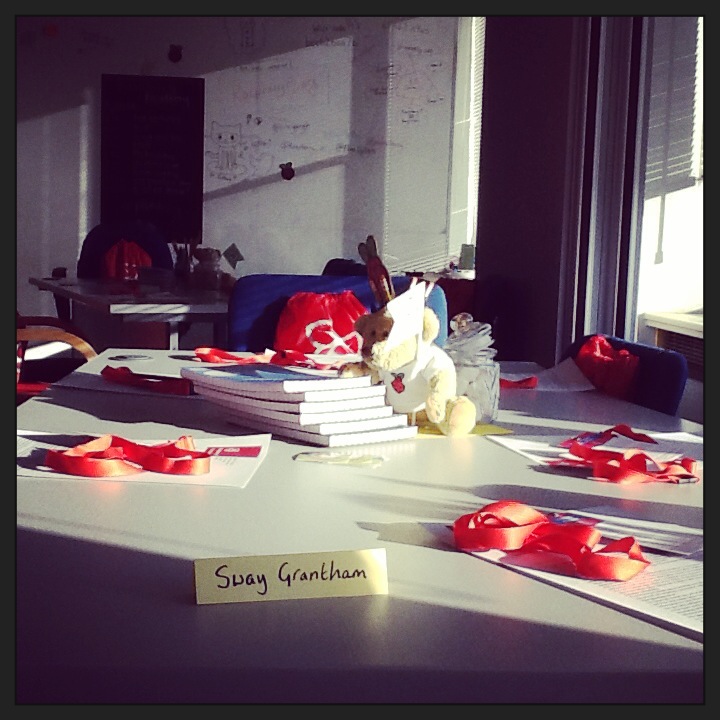 The morning began with Carrie Ann doing a brief introduction to the day, what the Raspberry Pi was, how the Raspberry Pi Foundation worked and why it was so interested in getting involved in education. After this we broke off into two groups and began our jam-packed day of workshops. Our group’s first was Sonic Pi! As someone who has already used SonicPi with year 5 children I was excited to see it introduced to the other teachers and hear what they thought about it.

The first thing which was fantastic was the use of Motorola docks with a few wire adaptations. This meant that you did not need two power supplies for the pi and a separate monitor, as they could be charged. It also meant that you are left with a free USB port as the keyboard, mouse and monitor are all in the same device. Definitely a faff saver when using a lot of Raspberry Pis at once! 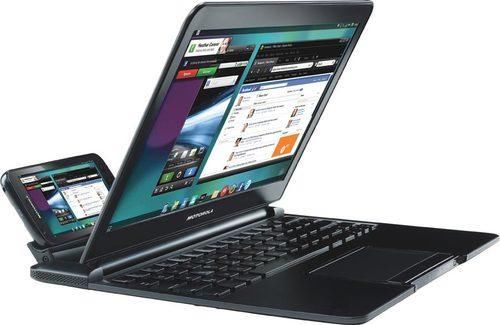 Anyway, if you have not heard me talk about Sonic Pi before check out my previous blogpost from last summer here. The room was alive with a buzzing as people had a go experimenting and pretty much creating a music jam session whilst applying the main concepts of programming! It’s worth noting that you can also use Scratch to program music using midi notes. For primary, this could be a way of differentiating the task without having to plan two different lessons and ensuring the children still have some music they’ve created in the end.

Next, we were into a PiCamera workshop attaching the module straight onto the board and programming it using Python. I think this showed best how the Sonic Pi can help children transition from a drag and drop style interface for programming and into a more formal written language. Sonic Pi does require written code to program but the syntax is very accessible and also human readable. Anyway…back to the Pi cams…

This workshop focused on using the PiCam as part of a larger project whether this was putting it in a bird box to see eggs/chicks, using it as a spy camera and designing a disguise for it or wherever else your imagination can take you!

Building a camera with a button. Loving the possibilities of picamera projects. #Picademy pic.twitter.com/YsFdfqOpDW

With most people in the room having little to no experience of a written programming language I was surprised at how quickly everyone was picking it up and how eager everyone was to have a go. Of course, as soon as we started to PiCam selfies there was no stopping us – you can imagine the trend appearing before your eyes! We progressed to using a button to take a photo, rather than just taking it after so many second but there is much more you could do. There is also the possibility of using the camera to take time-lapse photos whether this is of the changes which are happening in a science experiment or in the natural worked.

Next for us was an LEDs workshop; flashing lights, buzzers and buttons – who could ask for more? Now I have previously used things like the BerryClip++ (see below) for this sort of things but never attempted it directly with pins or a breadboard. 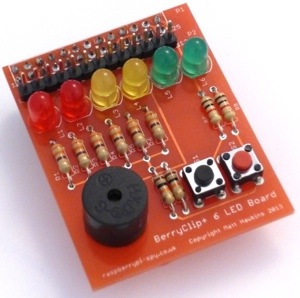 I would say that for a primary classroom something like a BerryClip++ or a Pibrella (I’m hoping to try these tomorrow for a more in-depth comparison) is much simpler for a very similar concept. However, in terms of the children’s understanding of circuits and how electricity works there is definitely something to be said for using the pins and understanding volts and ground, positive and negative and other concepts.

We plugged LEDs straight into the pins on the pi (without resistors, please don’t hunt me down…) and first programmed traffic lights. I’m sure the imagineer in you can also think of many other things you could make flashing lights – a robot antenna, a light on a police car or a landing strip of lights which run in sequence to name a few! Here is an example which someone else programmed using Scratch:

From here we went on to include buttons and look at using Python to also control the LEDs. Again, it is worth noting that you can achieve the same outcomes in both Scratch and Python, this may be useful for differentiation. As well as this, I am a firm believer than we should not be teaching ‘loops in Scratch’ or ‘loops in Python’ but instead the concept of loops in programming independent of a language. Therefore as a starter activity I might give the children samples of Scratch, SonicPi and Python code and ask them to explain what is happening. Having the same activity/context will help the children differentiate from the context and the syntax.

Finally, we ended out Picademy workshops with a using the Pi and Python to program in Minecraft workshop. If you have seen my post about CamJam you will have seen me mention this previously. This took us through a range of activities which allowed us to program the previously discussed concepts such as loops, conditionals and variables using the motivational force that in Minecraft. At the end of the session we were shown a cool game someone had designed that used the principles of hide and seek to create a random diamond block somewhere in the Minecraft world. A buzzer was then programmed to increase in speed the closer that you got to the block. As well as this there were red, yellow and green LEDs signifying if you were close, miles away or in the middle. Definitely showing you the more challenging extent to which these skills can be taken!

I think the most important, and prominent, thing that came out of today was the recognition that the key skills/concepts needed for programming are the same no matter what language or program you are using. Throughout the Sonic Pi, PiCam, LEDs and Minecraft workshops we needed to use loops, conditionals and variables (to name a few) in order to successfully achieve what we wanted to with the objects at our disposal. The Pi is a very cheap and versatile tool which means you can revisit these concepts and ensure progression without having to repeat similar activities again and again.

We ended our day at the Picademy exhausted but motivated (and off to dinner which always helps!) The networking was immense, so many people chatting and sharing their own opinions and ideas and the workshops were intense, so many ideas we wanted to try in just a few short hours! Tomorrow, we’re spending some time making use of our new found knowledge so watch this space!

If you haven’t already seen it I have been live blogging all day today and will be again tomorrow.